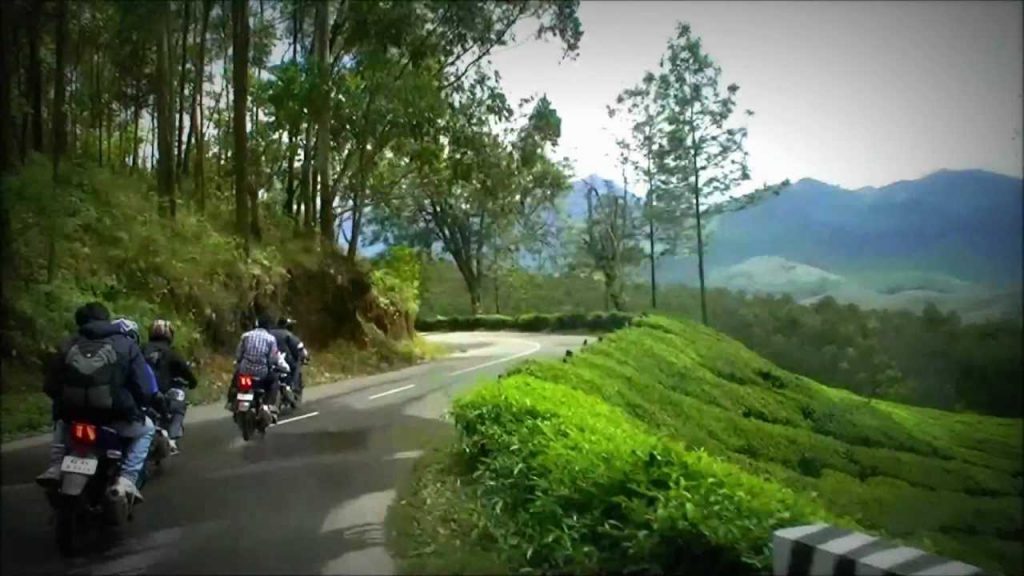 Embark on a journey of discovery with Global Motorbike Tours, across Kerala and Tamil Nadu in Southern India and experience the fascinating contrasts and cultural highlights of these beautiful regions. Travel from Kochi to the beautiful beaches in Cherai, visit mystical temples, wildlife parks and the tranquil backwaters of Kerala. 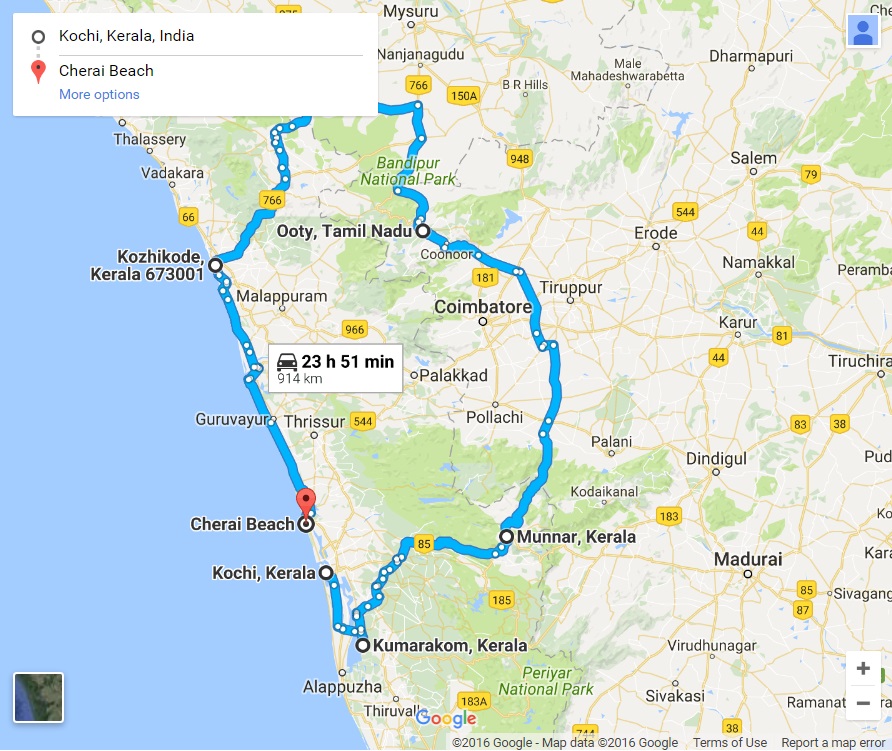 Kochi – Spread over a series of islands and crisscrossed by the sea and backwaters, Kochi (long known as Cochin) speaks of the old world charm and leisure. The culturally and historically rich port city is the gateway for several visitors to start their tour of Kerala in south India. Located between the Arabian Sea and the Western Ghats, Kochi has been one of the most sought-after destinations in India.
Kumarakom – Situated 14 km from Kottayam in Kerala, Kumarakom has become synonymous with backwater cruises across the world. A scenic bunch of islands clustered around the Vembanad Lake, Kumarakom is about 70 km from Kochi (Cochin). Kumarakom is a part of the Kuttanad region, the rice bowl of Kerala and is surrounded by lush paddy fields crisscrossed by canals and the lake.

Munnar – Located at about 5,200 ft above the sea level, Munnar is a beautiful hill station in the district of Idukki, Kerala. Once the summer resort for the British, Munnar is known for its pleasant climate and pristine beauty. The rolling hills covered in mist intersected by the winding road, the dark emerald green coloured plantation and the few lone houses in midst of it will instantly make you fall in love with this place.
Otty – Ooty is the capital of Nilgiris district in the state of Tamil Nadu. Derived from the TODA words othakal-mund meaning house in the mountains, Ooty stands at 7347 ft above sea level and was founded by the British in the 19th century. Known for its numerous tea estates, the Queen of Hill Stations has several picturesque picnic spots with lofty mountains, dense forests, and scenic grasslands.

Mysuru – Known as the city of palaces, Mysore is the second largest city in Karnataka and is located at the base of the Chamundi hills. With its glittering royal heritage, its monuments and its buildings, it has become one of the most famous tourist destinations of south India.
Kozhikode – Kozhikode is a coastal city in the south Indian state of Kerala. It was a significant spice trade center and is close to Kappad Beach, where Portuguese explorer Vasco da Gama landed in 1498. The central Kozhikode Beach, overlooked by an old lighthouse, is a popular spot for watching the sunset.

Cherai Beach – Cherai Beach, a picturesque beach, located on the north-end of the Vypeen Island is ideal for swimming. Lined with luscious green coconut groves and paddy fields, this sandy beach is a unique combination of the sea and the backwaters, studded with seashells of various hues and shapes. Dolphins are occasionally seen here. Thick coconut groves and Chinese fishing nets on the waterfront are added attractions.